One of the best gifts on Christmas morning was heralded by my daughter's voice calling to me from the back door: "Mom, come quick, there's a pileated woodpecker out here!"

And sure enough......there he was in the old cedar tree, the prototype for Woody Woodpecker -- tall, dark, with bright red head and long tuxedo tail feathers. He visits here only a couple of times a year, usually in spring. To see him Christmas morning was an unexpected and very special gift for both my daughter and me.

And then..... today after sloshing through knee deep slush, today after watching a blizzard move in and dump more heavy wet snow, today after seeing Scotch poop in the sleeping section of the barn due to the chaos of eleven other pigs in the potty area and a week of snow-imposed barn restriction, today after having to rescue Oliver three times from being trapped in snow banks that weren't quite crusty enough to hold him, today after twice picking up Belle and carrying her back to the house to save her from her Bambi-on-ice routine, today after repeatedly yelling at the dogs for eating the salt and the bird seed and the frozen poops and a ton of dirty snow......today, just as I slumped back toward the house from hauling yet another five gallons of water to the barn, I saw this: 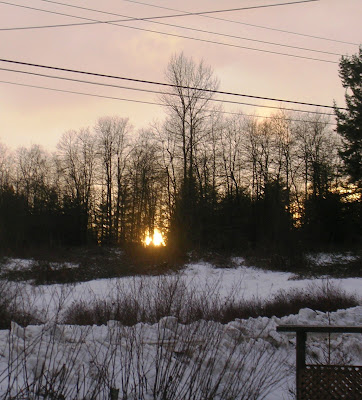 A ball of fire, the setting sun, emerging from the snow-filled, grey skies. And yet, as I turned to face the other direction, I watched the clouds departing and the sun lighting up the trees on the hills as the sky became a brilliant blue. Sunset in one direction, daylight in the other: 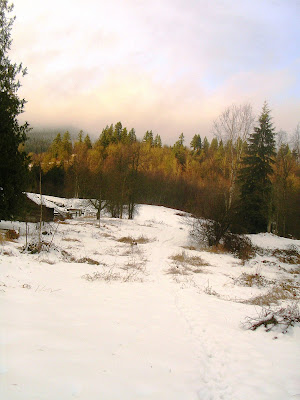 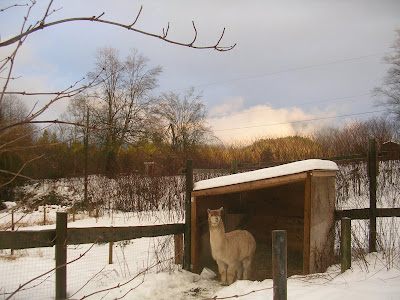 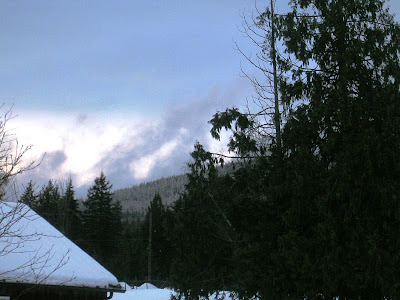 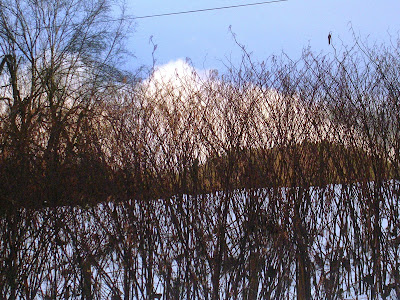 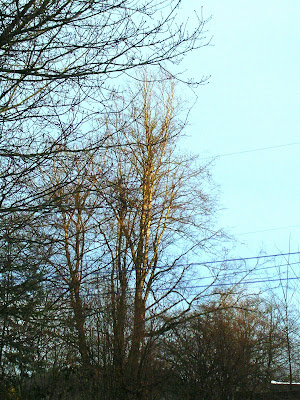 And turning to the west again, I stood leaning against the fence surrounded by mounds of snow for half an hour as I watched the sinking sun perform its magic: 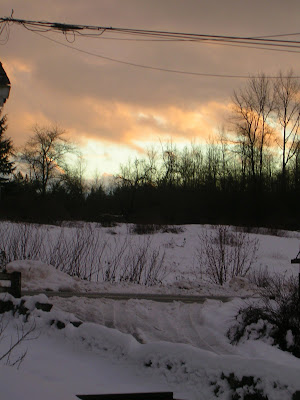 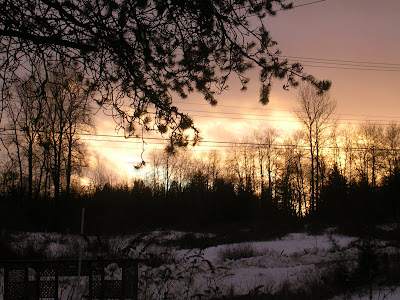 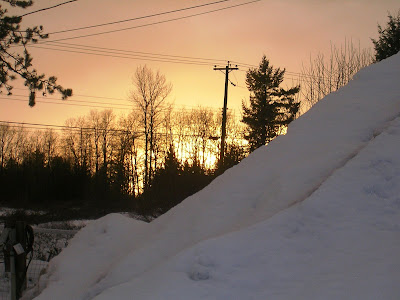 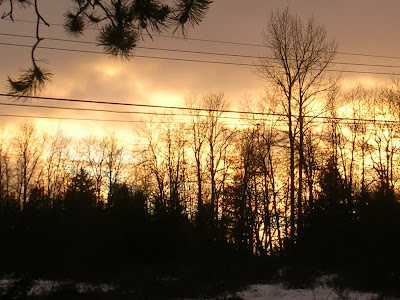 A golden ending to a somewhat tarnished day. It is these unexpected gifts, these take-my-breath-away moments, that make life so worth the living. I never know when such memorable gifts will appear, and yet I know they will be there when I need them most. Nature reminds us that the everyday world, for all its frustrations, is still a beautiful place to be.
Posted by Jean at 9:00 PM

Beautiful photos - late day winter skies - also timely reminder about how good and healing nature is for us.

As I sit in my little city room, suffocating from lack of country air and barn time, I thank you.