Shooting for the moon

It was all over Facebook and on every news station - a supermoon, a blood moon, a total eclipse of the moon all on one night - possibly the last one in my lifetime.  The moon for the past few nights had been tempting me outside with my camera - cool fall nights with clear skies or just a few wispy clouds make for interesting shots of the moon.  In fact, the night before the supermoon, I shot this image:


Usually solar or lunar events seem to pass virtually unnoticed in our town, but not so the Night of the Supermoon.  The neighbour across the street was up on his roof setting up a tripod to take timelapse shots with which to create a composite picture, and his friends and family had gathered to watch the event through his telescope.  Most of the town, however, headed down to the seawalk, including yours truly.  I didn't take my tripod - some may remember that the last time I tried to shoot the moon with the camera on the tripod, it landed on the concrete and my favourite lens has never been the same since.  Which might account for why I didn't have much luck shooting for the supermoon.

My best photo of the night was actually taken while waiting for the moon to appear - as the sea and sky turned to shades of pinks and azure blue:


When the moon did appear, it was barely visible, despite a lack of city lights and a relatively cloudless, starry sky.  Visibility wasn't helped by the fact that it wasn't really dark out yet!


So mostly we all just stood around on the seawalk and had an impromptu community party - sharing stories, greeting neighbours, chatting with people we'd never met.  Eventually, about the time that the eclipse should have been almost over according to the astrologers among us, the blood moon appeared - distant, small, and not quite bloody.  I tried to capture it, I really did.  But without the tripod, my attempts were shaky at best.


I thought I'd got it with this one, but when I uploaded it to the computer, I found I'd shot James and the Giant Peach instead:


Eventually I figured out the right manual settings and got something less blurry, though I swear the harvest moons I photographed last year were much brighter and closer and bigger!


On the beach at the other end of the seawalk, some people let off Chinese flying lanterns, which flamed and flew high into the sky.  I tried to photograph them too, but all I got was wavy abstract colours and flying neon snakes: 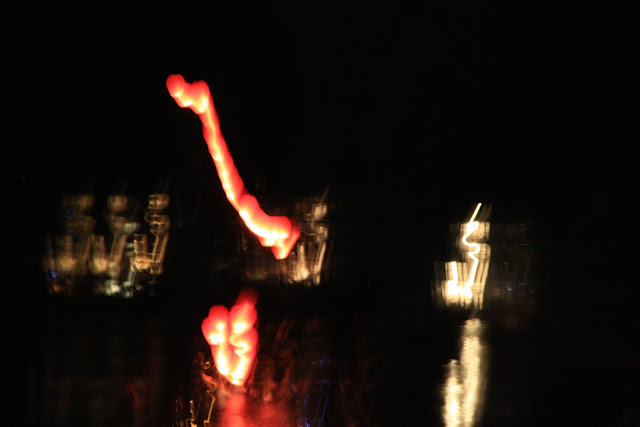 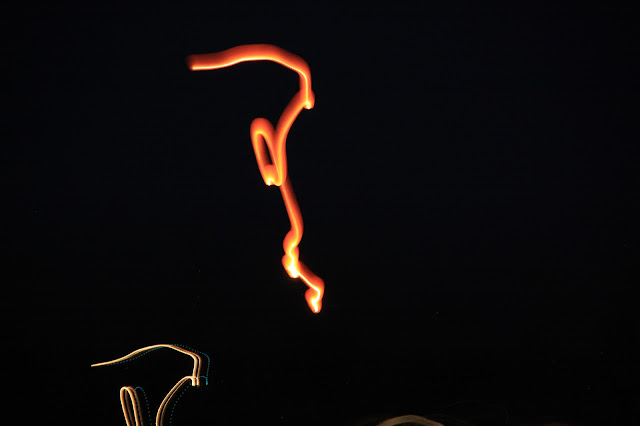 In the end, I wrote it up to a fun night meeting old friends and new down by the beach, and then I had a little fun with the photos as well: 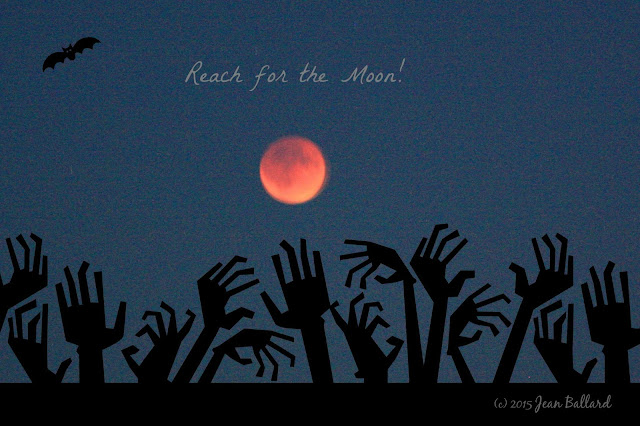 PS:  If you want to see some truly awesome photos of the supermoon, check out this link featuring some of the best shots of the supermoon by photographers far more talented and knowledgeable than I!
Posted by Jean at 1:21 AM 4 comments:

Sorrow at the Sanctuary 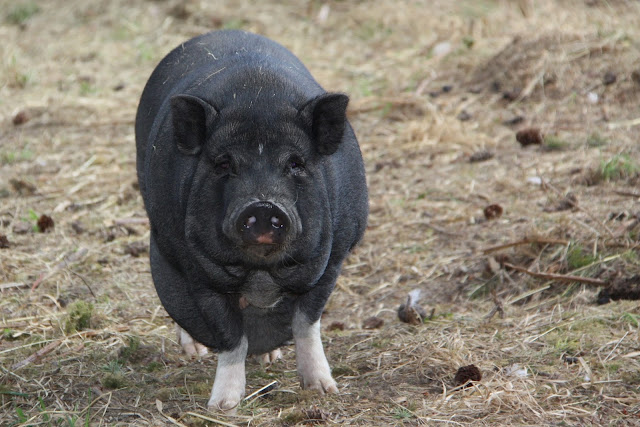 For those not already following on Facebook, the new animal sanctuary near me is currently  grieving and on lockdown after the sudden deaths of eight potbellied pigs over the past 72 hours. There were no symptoms, no indicator anything was wrong - they were mostly found snuggled in their hay in their cosy shelters as if they were sleeping.

Sudden deaths like this could be caused by numerous factors, and believe me when I say that Lucie and those closest to her have considered absolutely everything  and have been over every square inch of the property.

The Animal Health Centre in Abbotsford, the government agricultural lab for BC, is currently analyzing tissue samples from the first three, plus doing full autopsies of  two pigs who died in the early hours this morning and who I transported over there today. We hope to have some preliminary results soon, though the full report will take a week to ten days.

As the sanctuary must decline all donations of food until this is resolved, and has had the added horrendous cost of multiple emergency vet visits, autopsies, etc., any financial donation you can make would be most welcome. You'll find their donation link on their website here .

Run free, Timothy, Zoe, Webster, Bella, Dolly, Guinness, Josie and Buster.  I wish we'd had more time to get to know each other.


The poms, Cosmo and Lexi, stayed with me for a few days while their mom was travelling.  I took the opportunity to work on my skills photographing dogs, especially black and white dogs, colours I've always had trouble with.   I really wanted a photo of the two of them sitting nicely in front of my lovely red impatiens,  but who am I kidding?  One year old poms do NOT sit still.  In fact, getting any photos of them was a challenge, but with the help of the action setting and a little photofinishing magic, here's a few I hope their mom will like:

And now, back to editing those two thousand Tofino shots, as well as fifty or sixty more RASTA ones.
Posted by Jean at 9:48 PM 5 comments:

Ha! I bet you thought I made a mistake and meant to call this 'Duck, Duck, Goose' like the game we played as kids.  Wrong!

It's 'Duck, Goose, Goose' because that's who lives at RASTA, the animal sanctuary where I volunteer. One duck and two gooses geese. Plus, of course, many pigs and a steer and two mini donkeys and a mini horse and two chickens and a rooster and a dog and a cat. But today's entry is about the Splash the Duck, and Sergio and Sarah, the geese.


Even though ducks and geese might be different species, these three are clearly all one family.  They waddle around the sanctuary together, often one following the other following the other, they eat together and they bathe together. And they are really quite fun to watch!


For some reason, after having a drink (and gargling!) at the larger pool, they chose to head off to a smaller one to finish their ablutions:

I've just returned from a trip to Tofino, on the west side of Vancouver island.  My late sister's partner, Bev, and I rented a vacation home on Jensen's Bay for the week, just a two minute drive or ten minute walk from my favourite beach in that area.  We had a great time. But....

There are a few problems with taking a vacation when you are a blogger with a camera:

1.  You want to blog about it and post photos so your readers know you haven't dropped off the face of the earth, but don't want to advertise that you are not at home. So you have to wait until you return home.
2.  When you go somewhere REALLY fun and different and full of photo-ops, you take a lot of photos. Like a couple of thousand photos.  Sometimes more than 500 photos in just a single day.  That's a lot of photos.
3.  Taking that many photos is painful - holding the weight of the camera, thumb and index finger spread apart, click, click, clicking a mile a minute causes what I am now officially naming "Shutterbug's Syndrome" - a hand and forearm and shoulder so sore it is hard to lift a wine glass water bottle, let alone spend hours on a computer editing and sorting a couple of thousand photos.

But in the interest of giving you something to look at over your morning coffee, here is a sampling of just a few of those two thousand photos.


Stay tuned for more to come (along with some RASTA animal sanctuary ones I took just before leaving on vacation and haven't yet posted!).