Horsing around with horses and dogs

Way back in March, when I went to the mainland, I spent a day with my good friend, Luanne.  Luanne is one of my favourite people to visit.  In addition to having worked together for twenty-something years, we also share an interest in social issues, a love of the outdoors, a similar sense of humour, and, of course, a love of animals.


and CATS (several cats, very timid - only two allowed me even a split second to photograph them!)

As soon as I arrived, my first stop was the barn.  I have great affection for Luanne's horses - their actions reflect the great love and attention they have received from Luanne, and will receive for the rest of their lives.  As soon as they heard me, Haven and Avatar stuck their heads out their windows to say hello.

But it was THIS fellow, Ættingi  who had me in stitches.  Only two years old, I hadn't met him before, and with his stall next to Avatar's, he wasted no time in grabbing my attention.


Not only did he photobomb Avatar's shots, but went on to steal the show with his hilarious facial contortions.  Class clown, that's Ættingi: 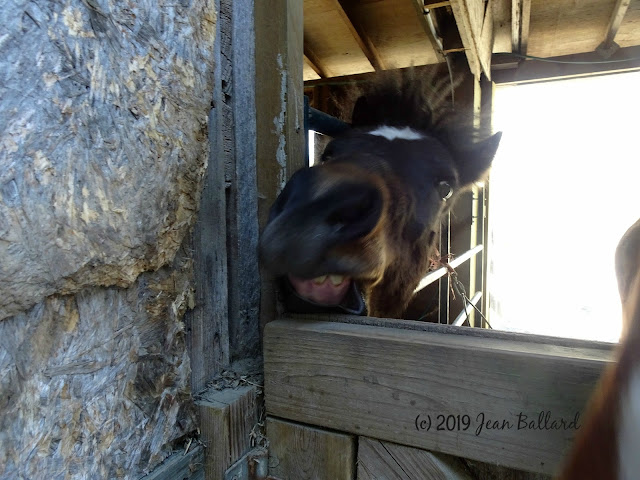 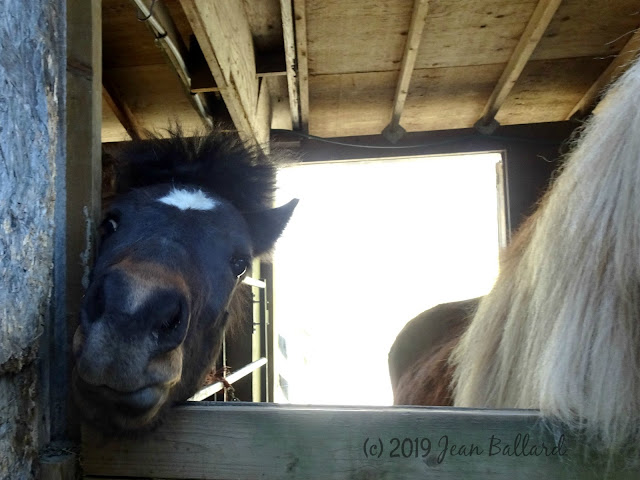 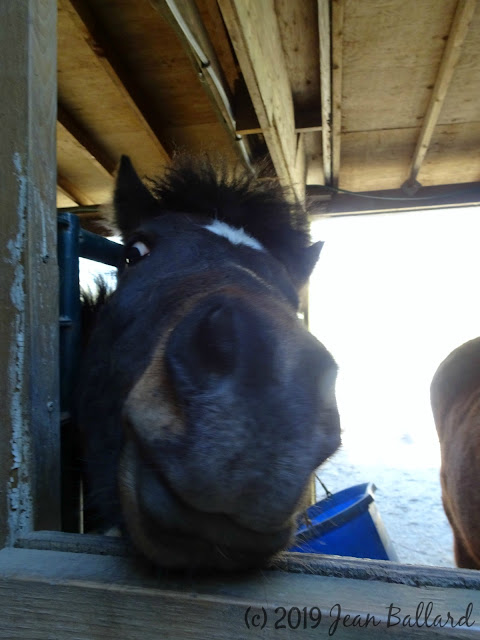 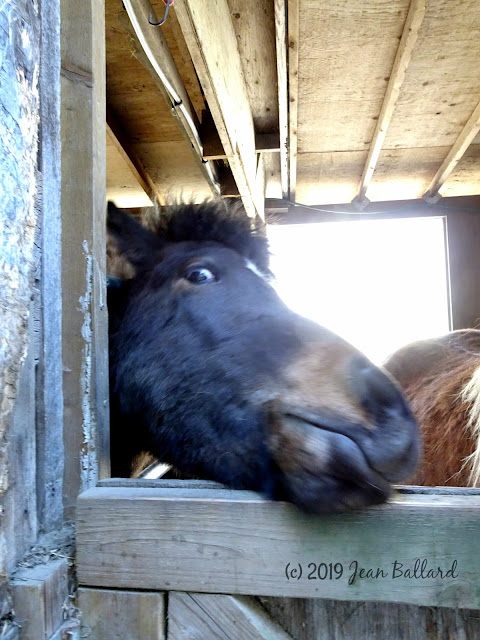 We spent some time with the horses, taking a few more shots of each, chatting about them and with them, and laughing some more at Ættingi's antics (and his hairdo - I love that hairdo!!!) 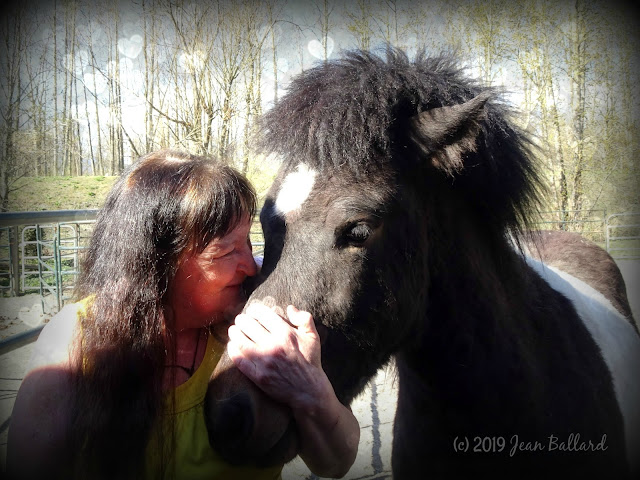 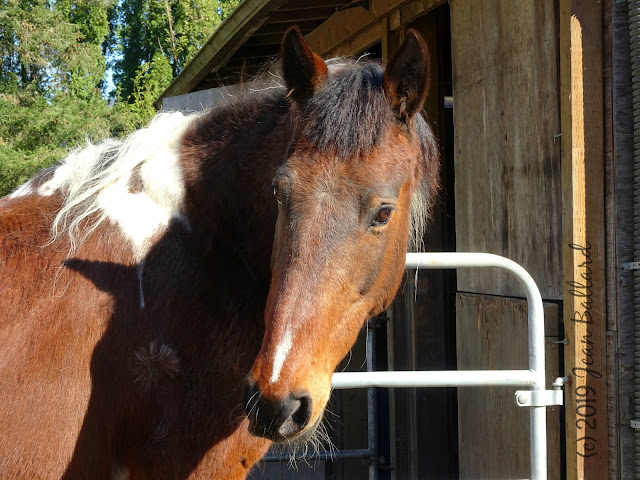 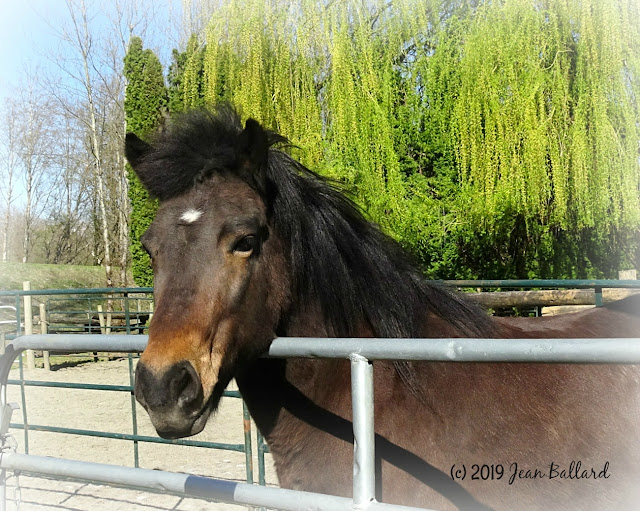 Then, a cup of coffee, an introduction to the cats,  and a bit of time introducing Maggie to Shtiya, Oola and Sadie in the garden, and we were off for a walk.


Luanne is lucky enough to live near some great trails along a river, It was a perfect March day - sunny, dry, comfortable temperature, and the dogs were in great form. 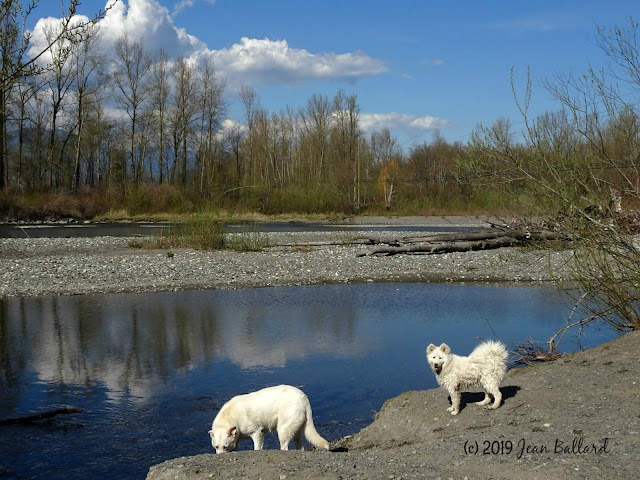 Oola was only 5 months old at the time I visited, and photographing puppies is always fun.  They are so full of curiosity and mischief and trying new things.  Oola was no exception: 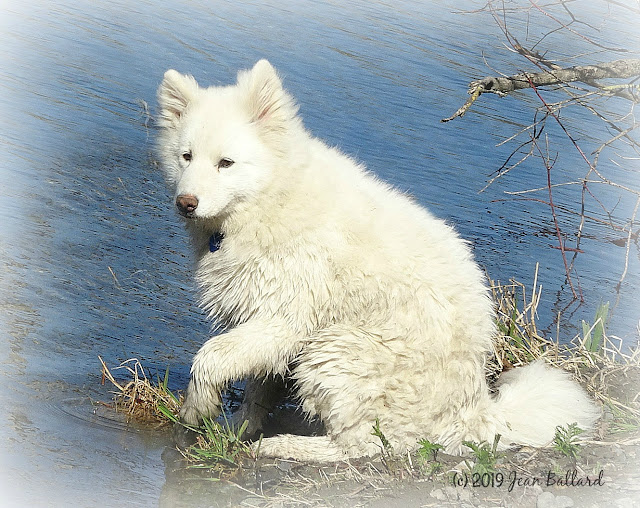 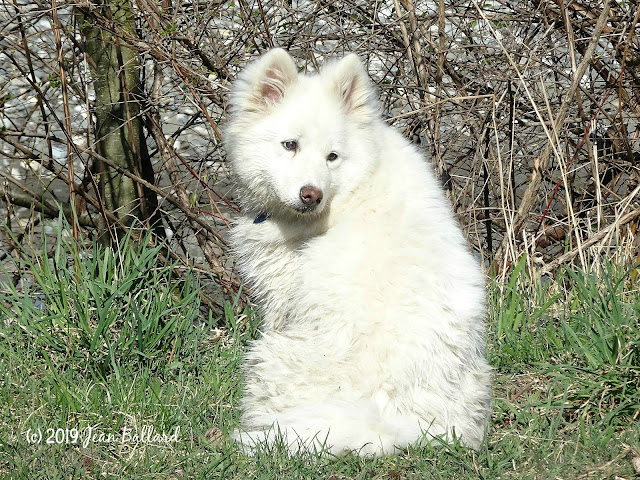 One more round of the horses, and it was time to go home.  As I took a last look at Haven, I saw him silhouetted  in his stall with only his whiskers backlit by the sun, and I had to grab one more photo of him. 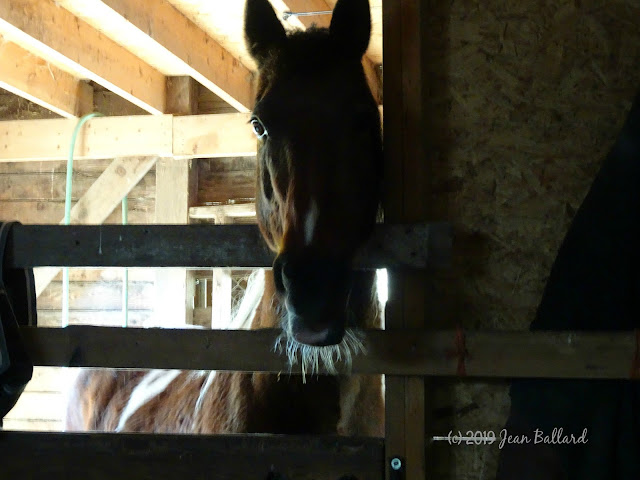 Thanks for a wonderful day, Luanne.  Next time, I'll try not to leave it so long!

A note for my readers: Over the next week, I will be busy preparing my ninth annual Canada Day  tribute, using my favourite photos from the past twelve months.  Come back to the blog July 1st and celebrate with me!
Posted by Jean at 8:19 PM 2 comments: