Come along wiv me! by Maggie 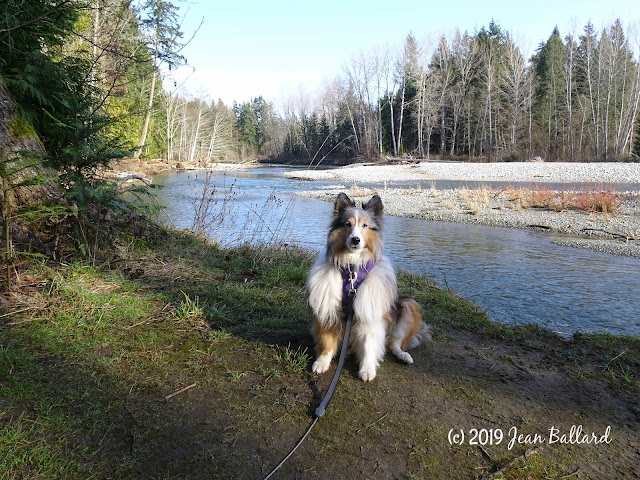 Hi.  It's me! Maggie!  Mama's busy editing a kazillion photos from the herring run and from our recent explorations, so do you wanna come fer a walk wiv me?  Let's go to Englishman River Estuary park right here in Parksville.  It's become one of several favourite new hikes of mine.  There's lots of trails,  several loops around the estuary with viewpoints, as well as an anglers' trail riverside heading upstream.  We've been there a bunch of times and never done the exact same walk twice.

This morning we started by going upstream, along the anglers' trail.  That's where the photo above was taken.  I sure sit nicely, don't I?  Mama sez it is hard to say what's more bootiful - me or the scenery!


After we went along the anglers' trail awhile, we headed back toward the estuary and the viewpoints.  There were lots of birds singing and calling - kingfishers and pileated woodpeckers, little wrens and chickadees, herons and ducks and Canada geese and Brant geese, and lots and lots of eagles.  Mama took this photo of two of the eagles: 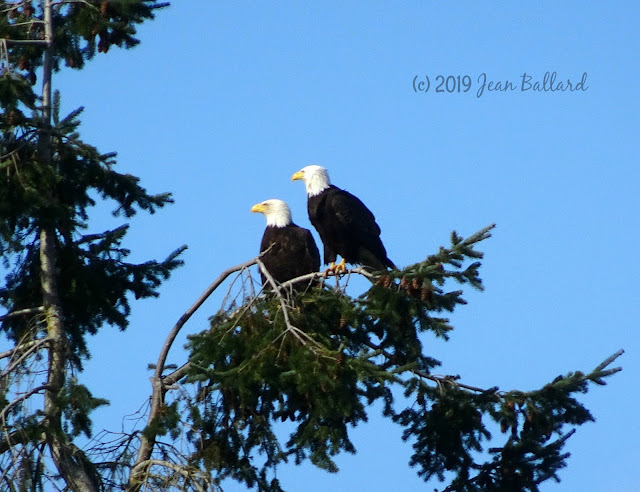 Along the side of the park closest to the ocean, we saw lots of waterbirds.  Some of the fields and paths closest to the birds are closed for restoration, but I'm not allowed to chase the birds anyway.  Mama sez that wouldn't be fair to the ducks and geese and gulls.  The views are nice though. 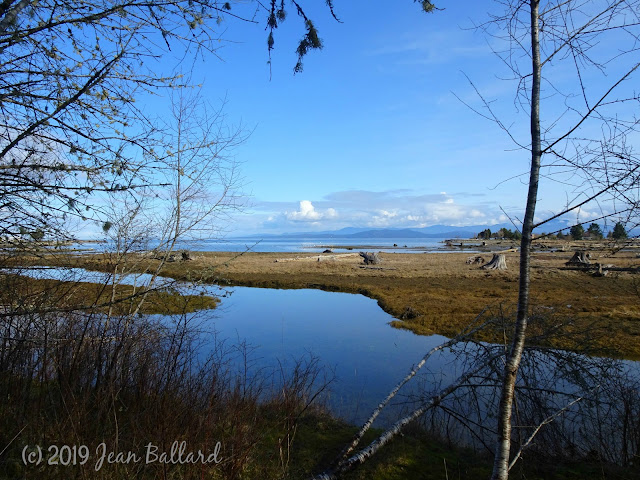 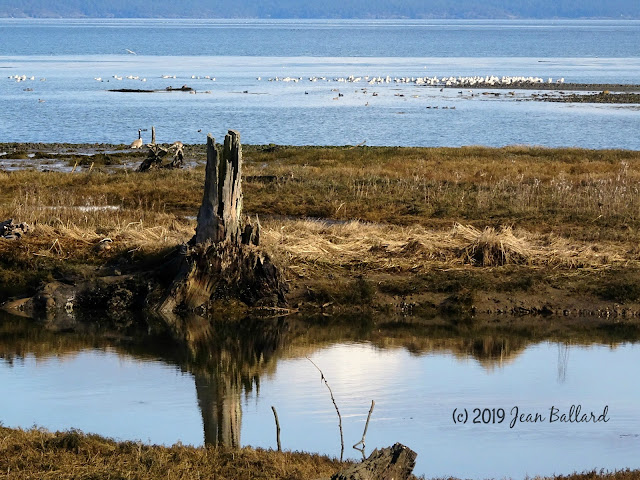 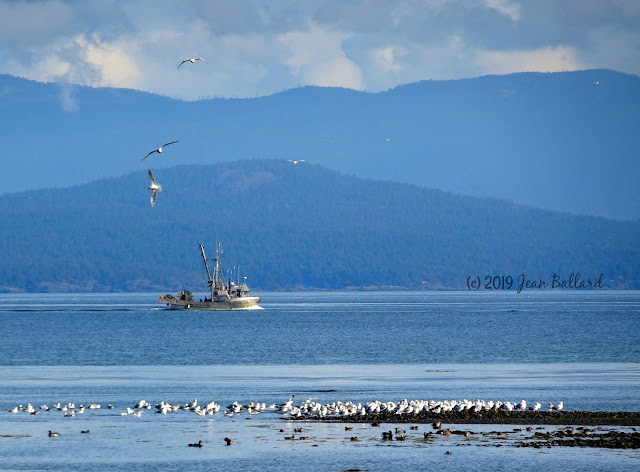 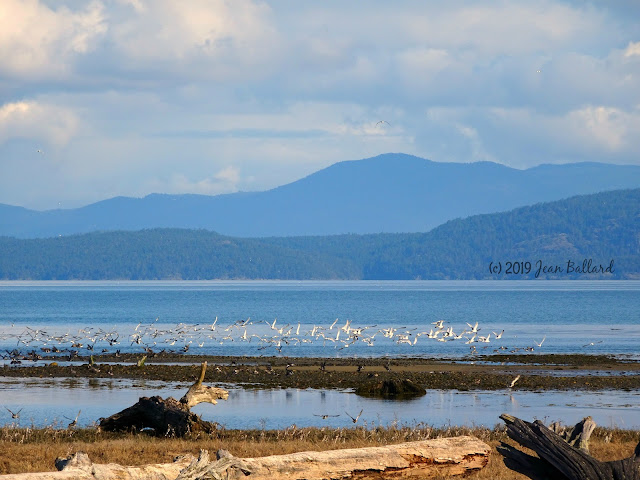 While we were there, I saw a pom that looked just like my pal Parker (he's Lexi's and Cosmo's little brother, and he's kinda orangey coloured like me).  I wanted to play with him, but it wasn't Parker and his hooman just let him say hi and walked on.  I stared for a long time, trying to will him to come back.

Eventually, mom and me started our way back on the far side of the biggest loop trail.  It's a narrower trail, through the brush, but there's a pretty swamp with white puffy clouds reflecting in it. 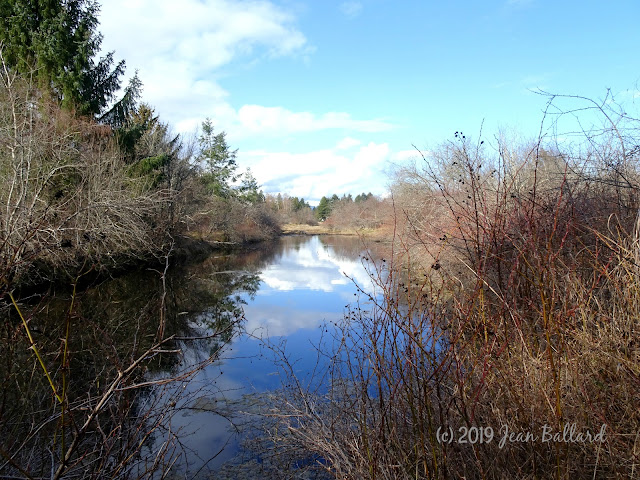 On the last part of the return loop, the trail goes along the back of some people's homes.  We saw lots of spring blossoms happening - some in the park, some in their yards.  I thought these ones were especially pretty, so I told Mama to take a picture of them: 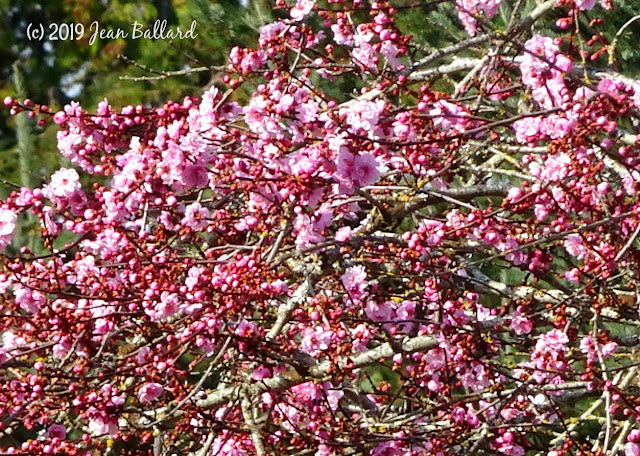 Well, that's about it.  Hope you enjoyed your walk wiv me.  I'll tell Mama to hurry up wiv those other photos, of sea lions and birds and boats and stuff. But only after she takes me to excitin'  new places.  Because I'm Number One, y'know!

This is my life 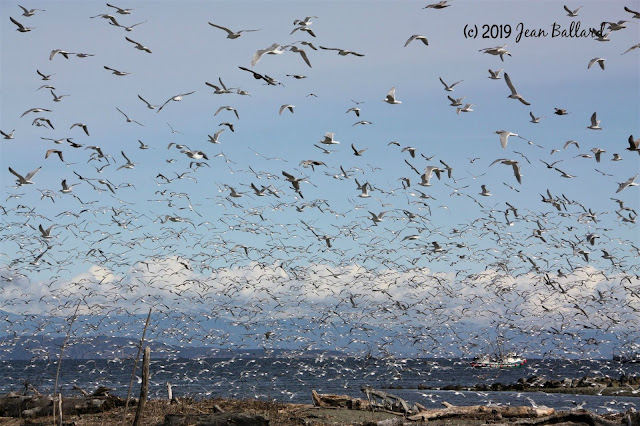 Ever feel like things are flying at you from every direction? Sort of like Hitchcock's movie "The Birds?"   My intention to post at least once a week kind of went by the wayside - company for a week, plus my great-niece dancing in Duncan for several days, plus spring finally arriving, plus ....oh my goodness......the herring run!  For the past three days, I've been out taking a thousand photos of sea lions and eagles and all kinds of birds while I write blog posts in my mind that never get transcribed to the blog as I'm too tired to edit photos and write when I get home!  The above photo was just one of many amazing experiences, this shot taken about five minutes by car  from here.

I took this one the day before, near the same place - one of at least a hundred sea lions feasting on the herring: 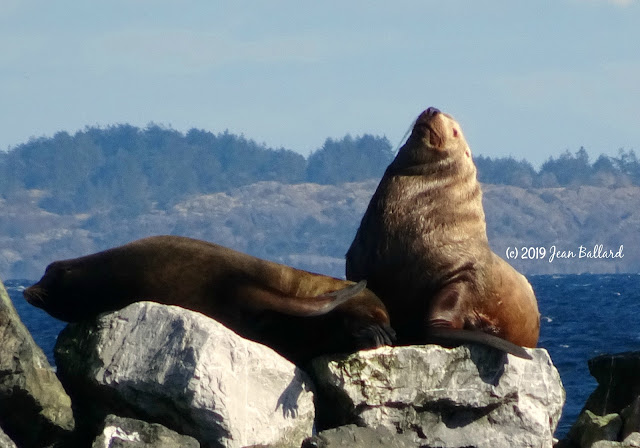 Anyway, I just wanted to let my readers know I'm still alive.  An update to Windows 10 has been interfering with some of my photo editing programs and my ability to upload edited photos, so posting will continue to be a bit tardy - lack of time, too many photos, frustrating technology.

But I will be back.  Touch wood.