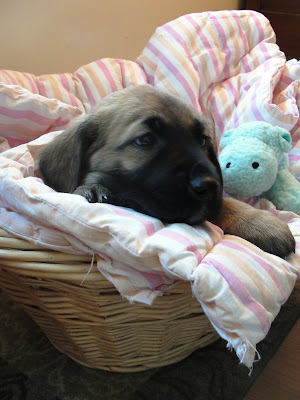 Now called Fitz? Just after he went to his new home, we received an update on him and some pictures of him with his big brother: 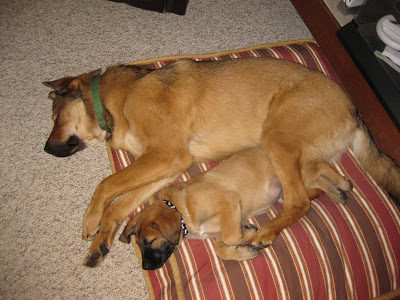 Well, his brother is still bigger than he is, but Fitz is catching up fast! His dad, Eric, sent along some new photos of him (and Odin, too!): 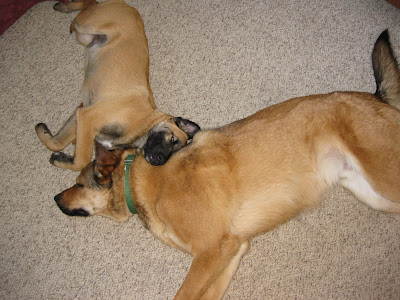 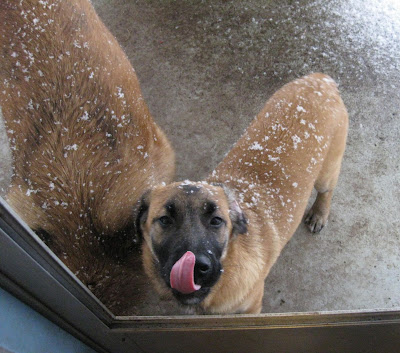 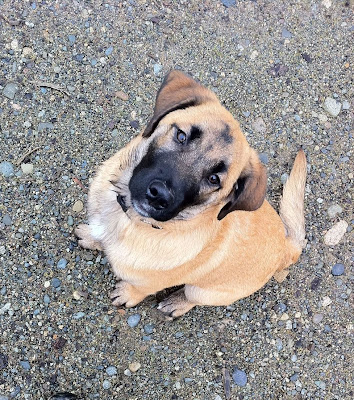 Eric has this to say:

Fitz is becoming quite the hiker. After about 2 months of longer and longer hikes, he can now keep up to his big brother and doesn't even need any naps! We did a 4.5 hour hike around some local trails a week ago and he was ready for more on the way home. He is a little hesitant about getting into the water, at the river, but maybe once it warms up he'll feel better about a swim, because he really enjoys his baths.

He has the gentlest nature (other than when wrestling with his brother). And it seems lately he is only getting more cuddly. If anyone leans down or sits by him, he will snuggle right in and make sure you know he wants a hug. He is still pretty much the perfect puppy. Sleeps though the nights, no accidents etc. Also he and our other pup Odin are still being confused as father/son by most people that meet them. Same color and looks, same gentle spirits. What a perfect match.

Also he is becoming quite a chewer. Luckily never on anything but toys. The Stuffy picture I'm attaching is a stuffed giraffe that they use for the tigers at a lot of zoos in North America. It lasted about 3 days(although he had a little help from his brother). 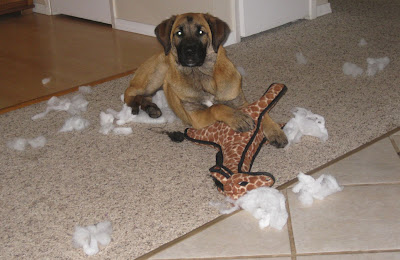 Thanks for the pupdate, Eric! I'm so happy he and Odin are such good pals, and he has turned out so well.

(Photos by Eric, posted with permission)

what stamina! although he doesn't look it, maybe fitz has some malamute in him :p

Those two are adorable!

A tired puppy is a good puppy. Glad he's got an active family! :D

Wow! Amazing stamina for sure and what a happy life for Nugget. It must be really heartening to get these updates, and much appreciated that you share them with your readers.