How can people who claim to like the outdoors, who supposedly enjoy nature, who bitch about depleted fish stocks and salmon closures, do THIS to the area in which they fish??? 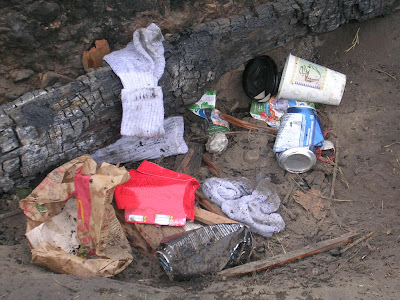 This was Swallowfield last week. I have been walking the dogs there nearly every week for months now, and never seen any garbage – not a thing.

And then the salmon run began, and the anglers came (though I’m not sure fishing is legal at this particular place, nor it is advisable during spawning in a year when stocks are depleted) – and THIS is the mess they left behind: 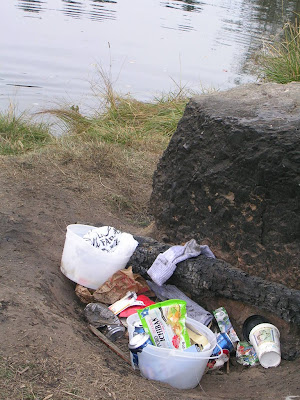 Well, actually, that’s just part of the mess – I didn’t touch the soiled toilet paper left all over the place, and the pile here doesn’t include the Tim Hortons coffee cups dropped liberally along the trail in. 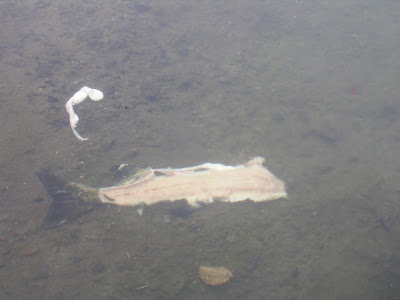 This is illegal - fish must be transported whole, head and tail intact. I know this because I once got caught with beheaded, cleaned fish when I was transporting them in the teeny tiny freezer of an small motorhome I once owned. Fortunately the fisheries inspector let me off with a warning.

I love to fish. I consider myself an angler. But I would never, never, never pollute the very land and water that gives life to the fish and balm to my soul. How can these people who eat nature’s bounty, who fish in this beautiful place, walk away from this mess without so much as a backward glance? For shame!

To get away from the mess, we walked passed our favourite (now garbage-strewn) spot and across the estuary. Fortunately, the anglers had been too lazy to walk out that far – no garbage here. The tide was the highest we had ever seen it, huge salmon were flipping around in the deeper pools, and the autumn colours provided a beautiful backdrop against which to enjoy an afternoon out. 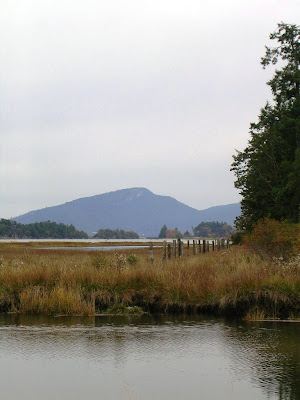 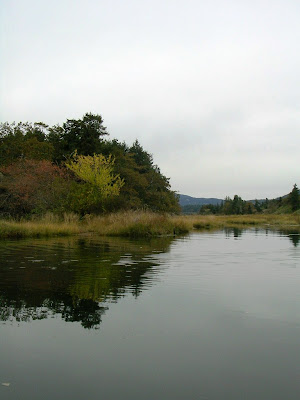 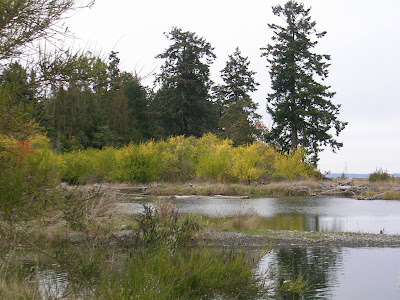 Fall on the estuary 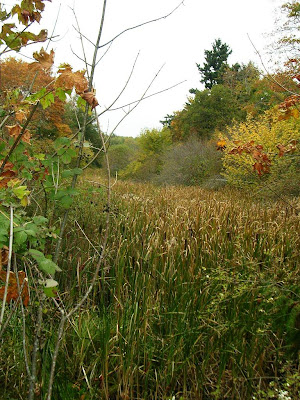 On the return hike, we took a detour to a part of the delta I hadn't seen before. There we found hills covered with small bright green ferns, evergreens laden with cones, and ripening grapes planted long ago by the homesteader on this land. Among the grape and blackberry vines we found winter crocuses and the old stone foundations of a house. 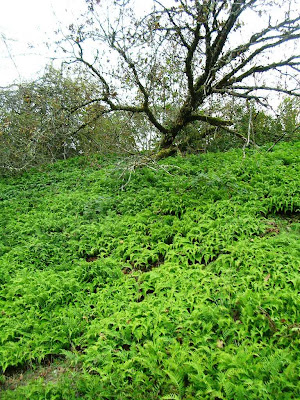 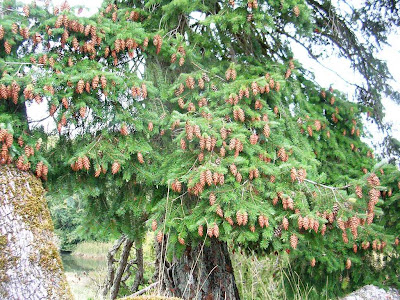 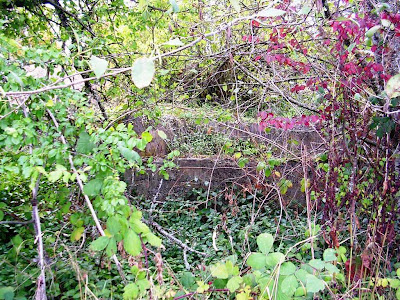 Stone foundation amid the vines 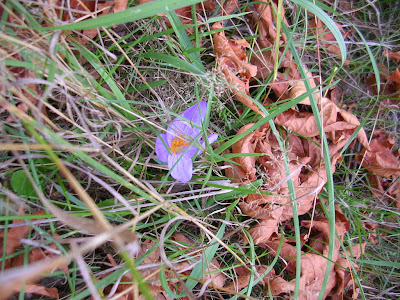 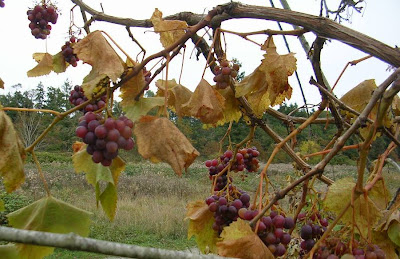 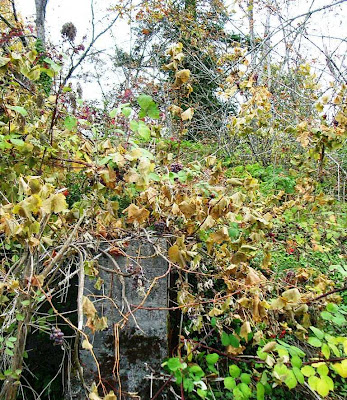 What a shame the anglers did not do the same.

Pictures of abundance....Thank you for ending up with the *beautiful* examples: I love the pine cones, ferns, grapes, and of course, ALL the TREES!
(My project for this weekend: planting 60 Austrian Pine seedlings to go with the 60 Rocky Mountain Junipers that I put in last weekend; then I have one weekend to get ready for the 100 poplars that will be the last to go in before winter.)

I know what you mean about the garbage. It was the same last year. None until the so called "we respect nature" people showed up to catch the run.

The old house there was a beautiful log house 110 ft long. It's so sad it was torn down. I was in it in the early 1980's just before the land was sold to the mill. They demolished everthing, the 100 year old house and all the barns. The historical sociaty was some choked over that.

It's very sad and mystifying to me that some people think nothing of leaving their garbage behind. I gave a "Something I Think About" assignment to my students, and was heartened to read that a few of them feel the same way and worry about our world, so maybe the next generation will do better. At least, I like to think so. I'm happy that you still managed to find great beauty towards the end of the walk, and took time to pass that on to your readers..