For Sharon and Deb - DOGS

Okay, in the comments on the post below I was told to post more pics of the critters. So tonight I took 77 pics with the new camera (which is still on probation), of which I immediately sent about 60 to the trash because they were all fuzzy or too dark or terribly over- or under- exposed or weird colours. I'm still not happy with most of the rest - the colours of the dogs' coats, for example, are not half as shiny or sharp as in my old pictures. But, since Deb and Sharon want pics of the critters, here's some favourites from today: 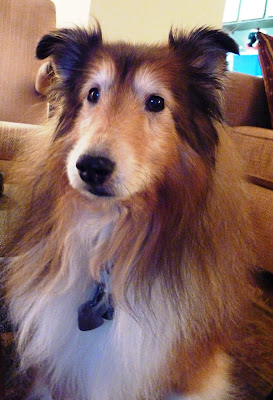 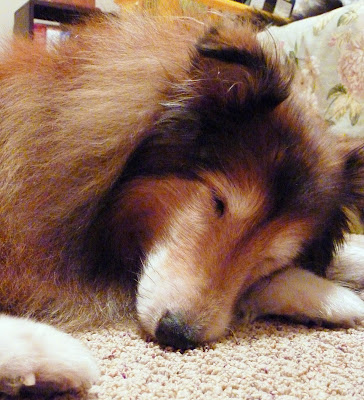 And one of Oliver in black and white: 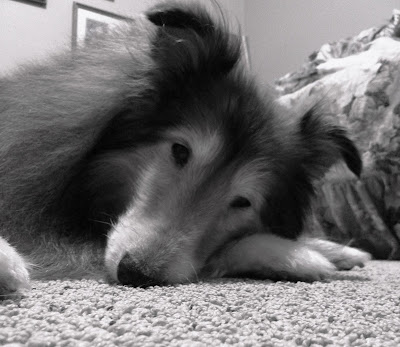 (Oliver and I went on an adventure today, up to Qualicum Beach to wish his Mama Kelly a Merry Christmas, and so she could give him a nice grooming for Christmas. Bless you, Kelly - he looks lovely! Oliver also received a lovely big round dog bed from her, which (oops) Charley immediately tested out.)

I took a couple of dozen pics of Sadie and could NOT get one in focus, no matter the setting. This was the best I could do: 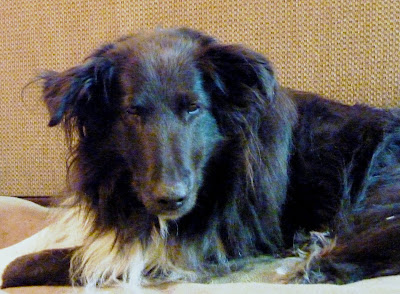 Despite the fact that Charley and Sadie look pretty similar and have much the same shape and fur texture, Charley photographed just fine: 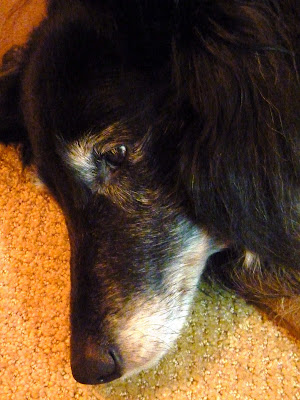 One of my very favourite photographers in the whole world, who just happens to specialize in photographing dogs, is Erin Vey, who often photographs just one part of a dog (be sure to check out her awesome blog here). So, I had to copy her idea and include this photo of Charley's paws: 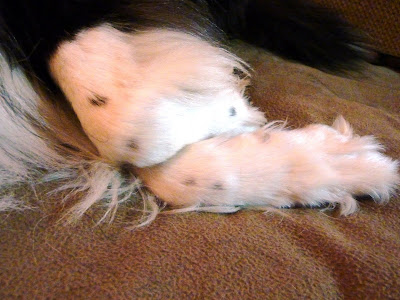 And then there is Princess Belle, always fun to photograph: 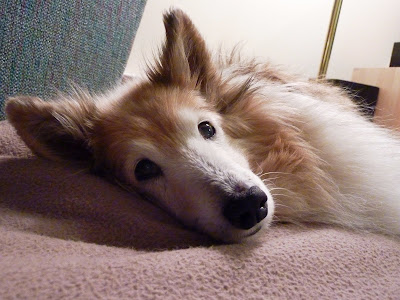 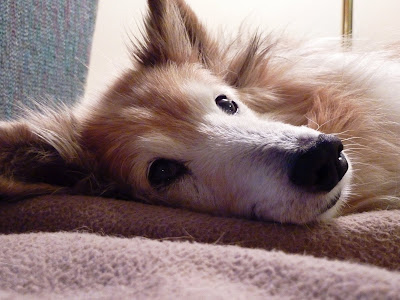 And lastly, one of Princess Belle and Sir Oliver: 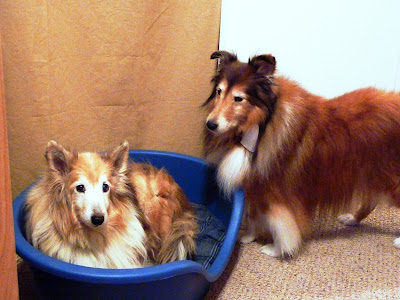 Allie the cat declined to be photographed today.
Posted by Jean at 7:11 PM

I always enjoy seeing your beautiful dogs, Jean, but these pictures, to me, seem less sharp than the ones you were getting with your last camera. When I click on them, they don't seem to stand up the way your others did. Strange for a panasonic. I wonder if it could just be a faulty camera, as my lens was. Now that I've replaced it, the strange noises and ability to function in the cold is just fine.

Thank you! I have to say that HRH Belle is one very photogenic princess. Can I push the envelope and place a standing request for dog pics (and/or cat) at least once a week? They always make me smile!

Too bad the camera's not working out the way you hoped. Maybe it's not the model for you. As much as I love my Panasonic, I've heard good things about the Canon Rebel series.

Thank you Jean, your dogs are all so lovely!

I LOVE the black and white photo of Oliver.

Your photos are always amazing. Keep it up and don't "settle" for a camera you aren't 100% happy with.

Great subjects but take the camera back ;o))

Color and sharp is way out compared to your old camera.