Sometimes having dogs and loving nature are not compatible interests.  Like this morning.  Shiloh was pacing, ready for her morning walk.  I put her harness on her, attached her leash, and stepped outside to see this through the crack between my neighbour's house and garage: 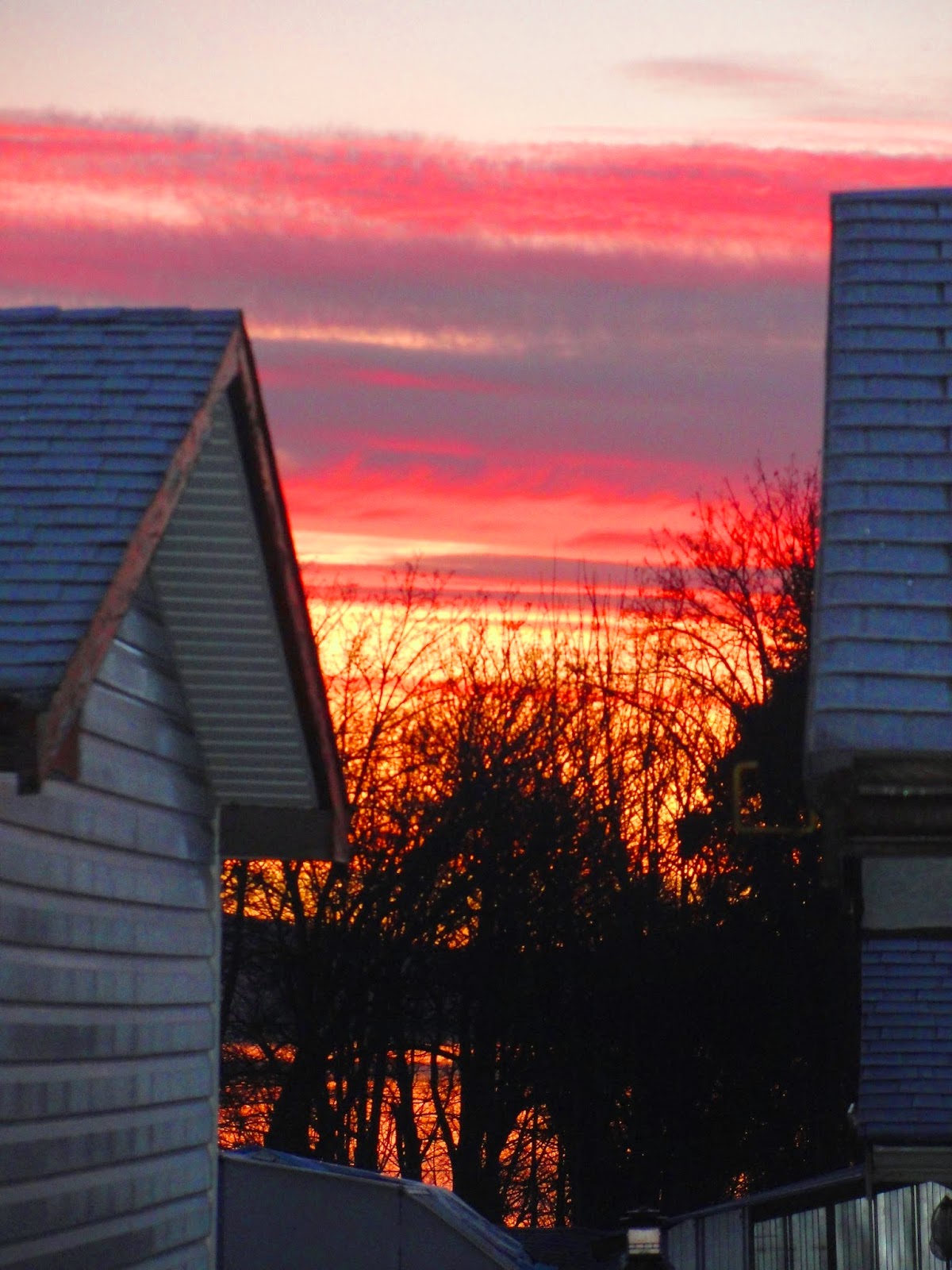 Oh. My. Goodness.  It was shaping up to be an amazing sunrise, and I wanted to watch and photograph every second of it from the best vantage point ever - the beach.  The beach is less than two blocks from my house.  But sunrises change by the millisecond and I was going to have to be quick if I wanted to catch the most colourful of the crimson and orange and yellow swoops and swirls on camera.  And here I was heading out on a walk with my almost-seventeen year old dog.

The solution, you'd think, would be to stick Shiloh back in the house and hotfoot it to the seawalk.  But you don't know Shiloh.  Her walks are the highlight of her day and she was already bouncing down the driveway.
And then she decided to become The Slowest Dog On Earth.  She sniffed.  She snorted.  She shuffled and shimmied.  But she did not move forward at a pace faster than an earthworm in molasses.  So a lot of the first shots were taken enroute, complete with trees and powerlines and more than a few cars.  After all, it was rush minute in Crofton, with island-hopping commuters heading to the Crofton-Saltspring ferry. 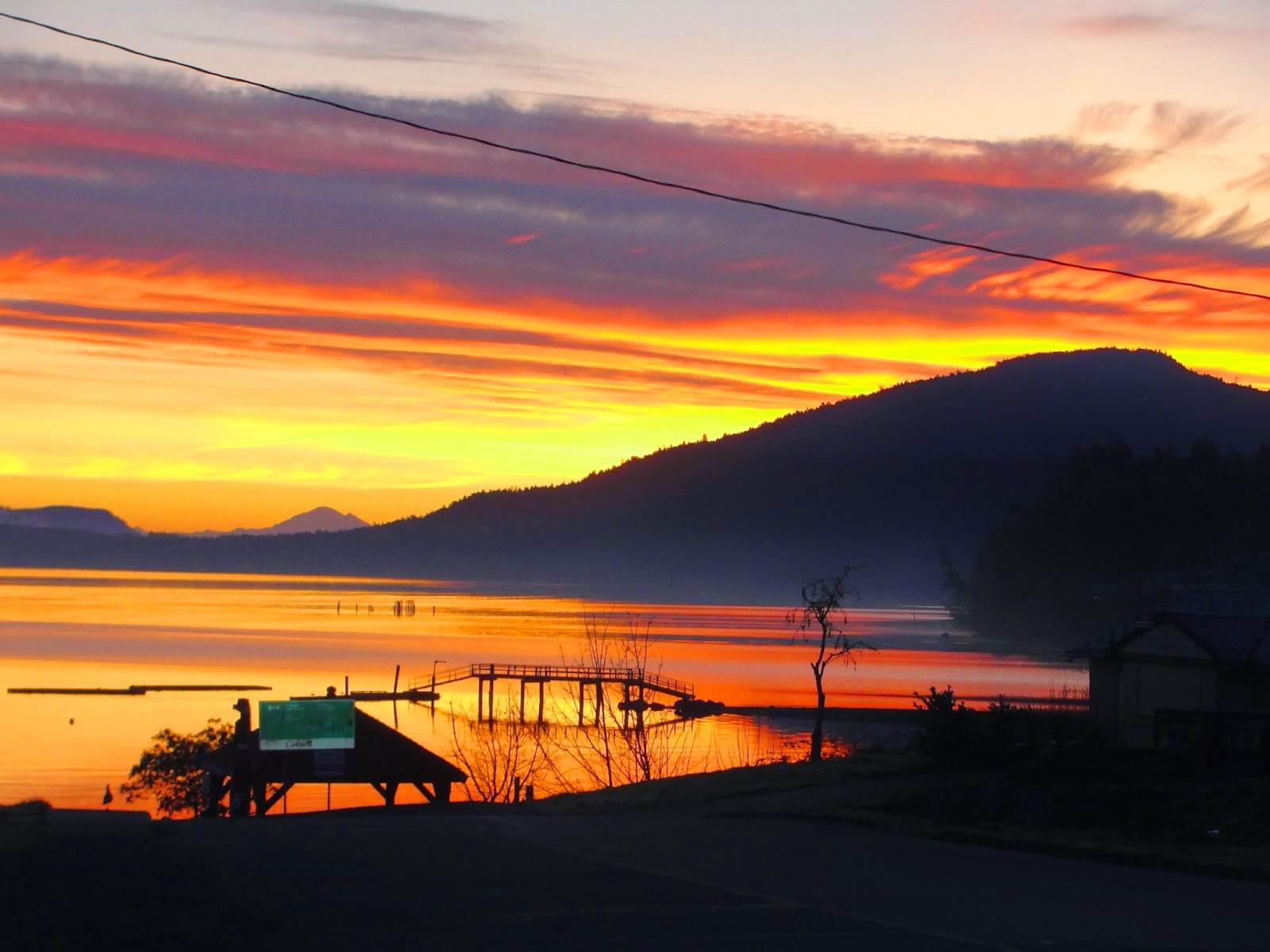 Shiloh even decided to have a poop right in the middle of the largest intersection in town.  Not that it's large by city standards, but construction on that corner means walking diagonally from sidewalk to park in order to get to the beach.  And she chose the very middle for her business.  Thankfully, ferry patrons had lots of time and were goodnatured about waiting while I stooped and scooped.

We eventually reached the waterfront, but the seawalk was very frosty and too slippery for this old blogger or her old dog, so we eschewed the best vantage points and stood at the edge of the parking lot.  The reds had all but disappeared from the sky, but the yellows and oranges were more pronounced than ever, spilling across the water. 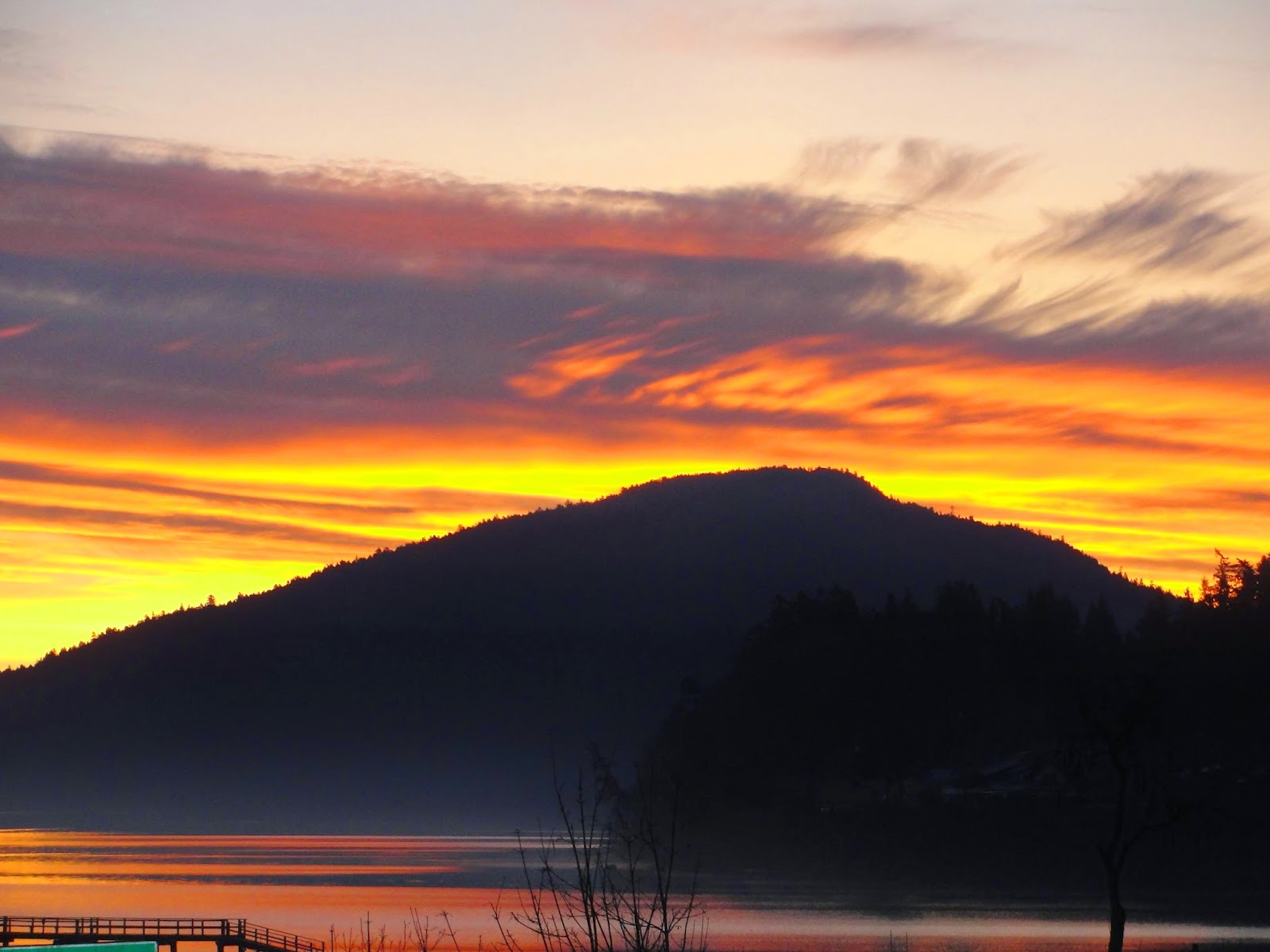 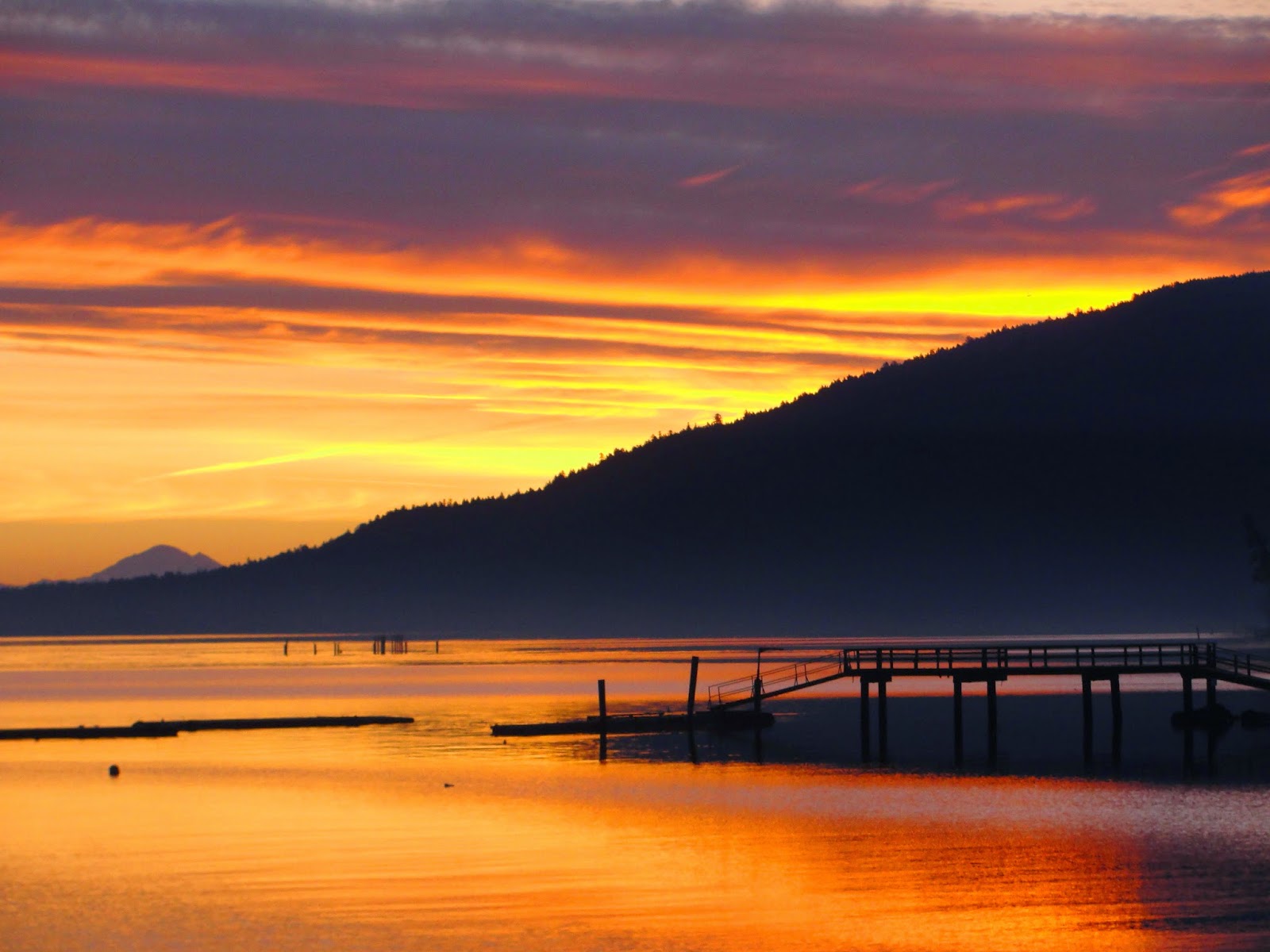 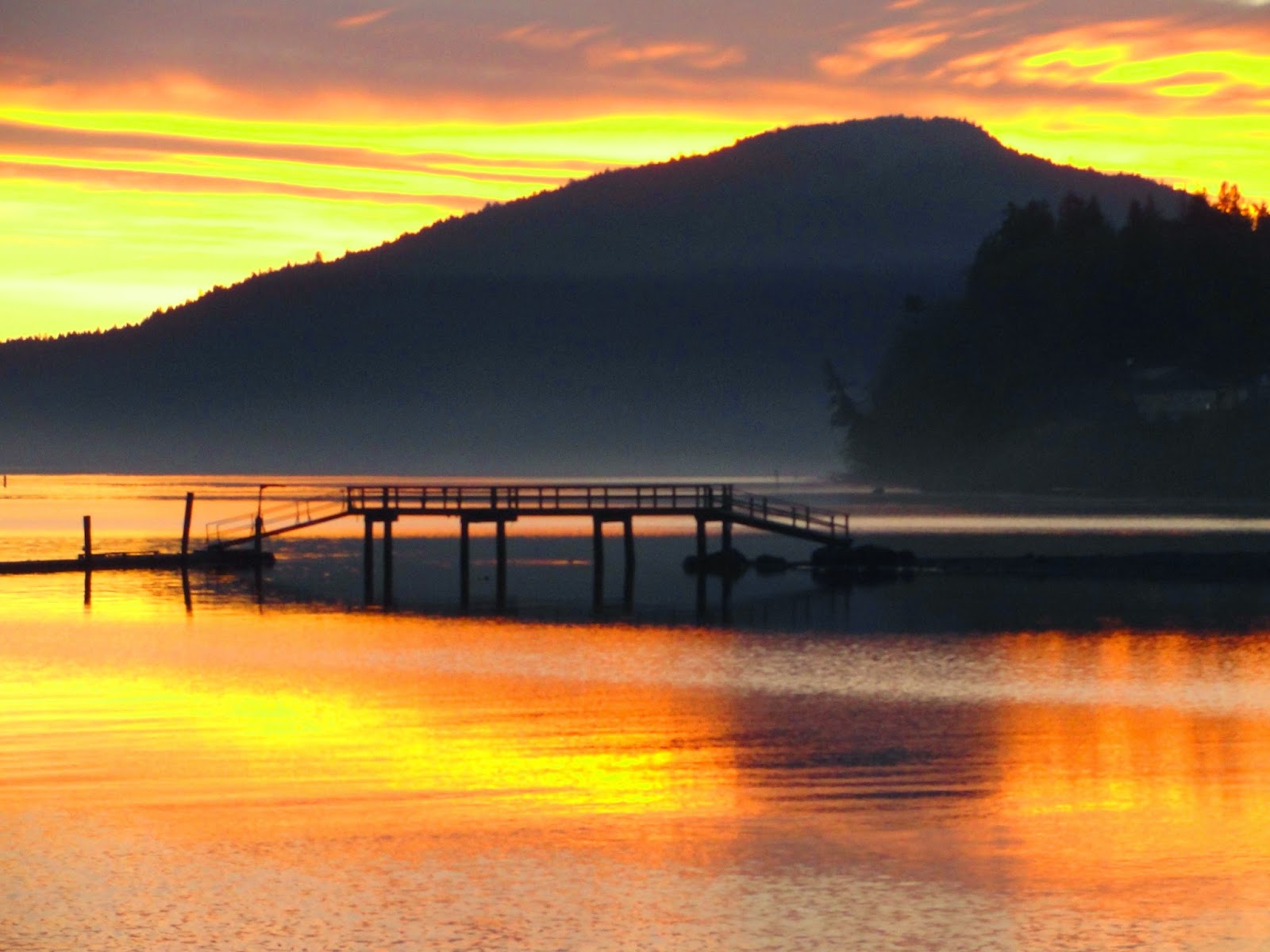 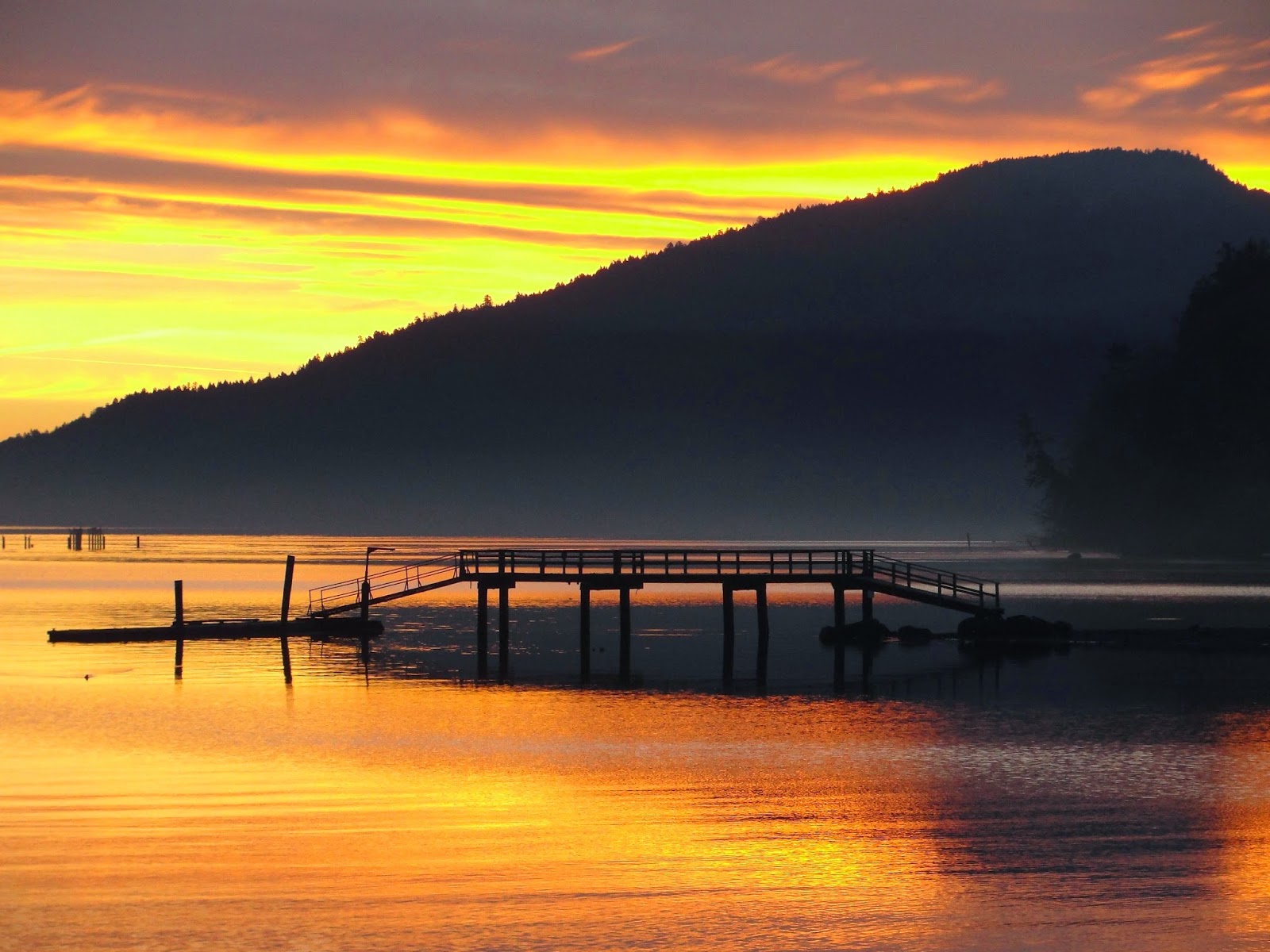 As the morning sky lightened and the sunrise faded, we headed back, wandering through the green space above the marina enroute, and catching a few last shots. 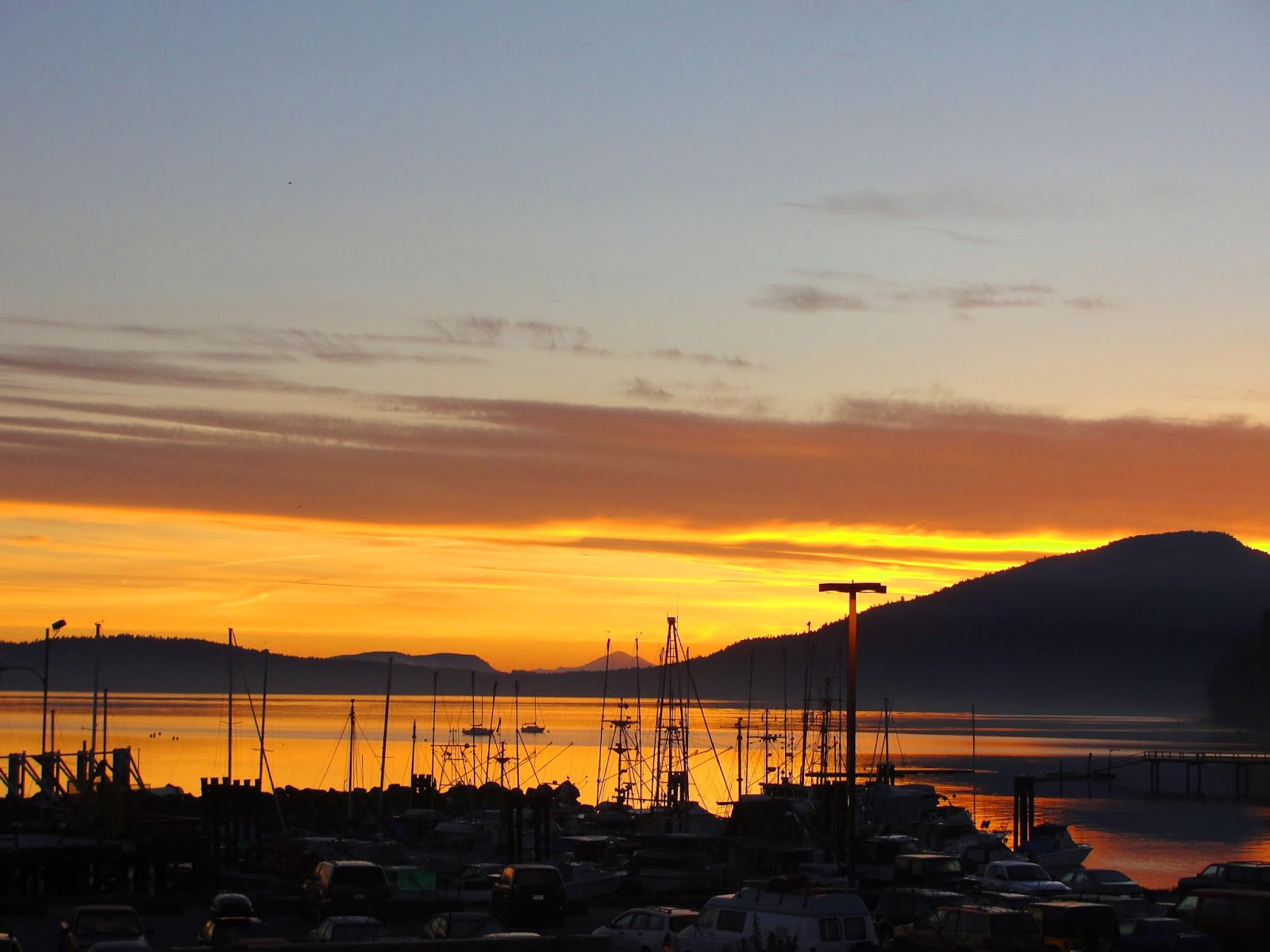 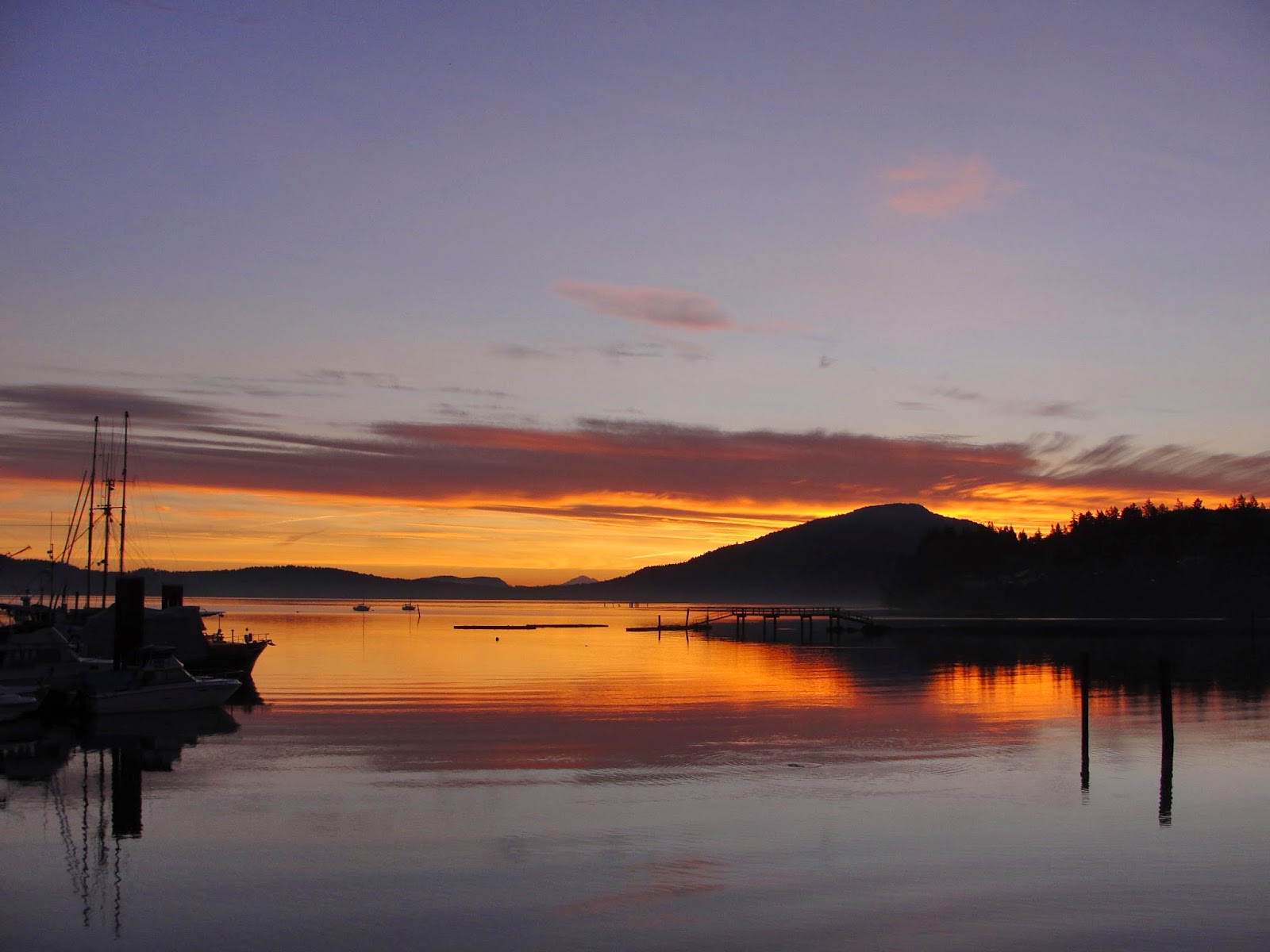 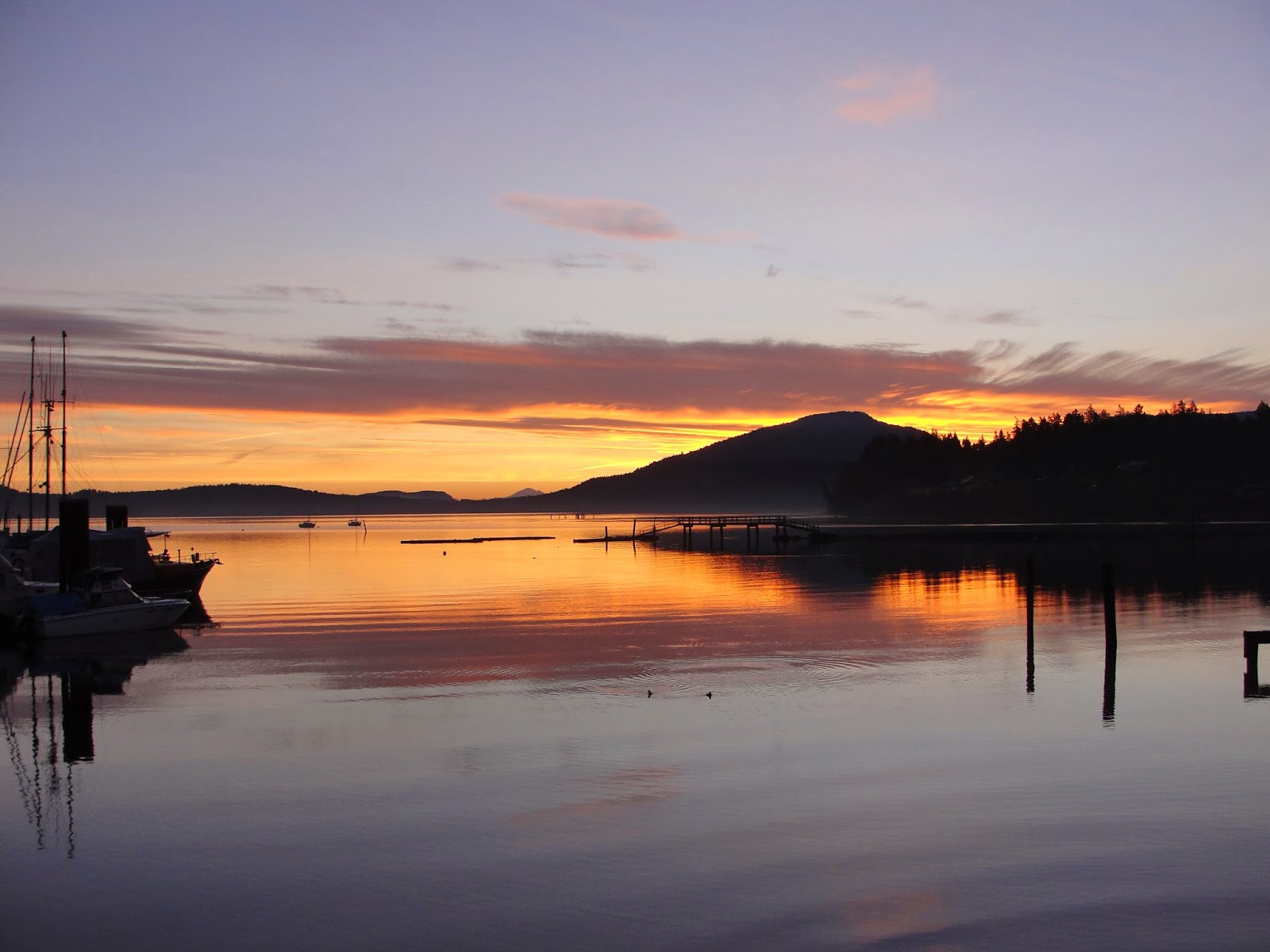 Then Shiloh hotfooted it back home, with nary a sniff or stall or struggle.  Sigh.
Posted by Jean at 8:14 AM

Your write had me laugh out loud !!! Your photography is brilliant Jean , you really have an eye for balance and beauty. Thank you for bringing me there .

ROFL Shiloh! You are exactly like my Fwirly. And that's ok, walks are about you, not us waiting for pretty pictures.
What we DID see of the gorgeous sunrise was beautiful though.

Power lines or not, that first one on the walk was SPECTACULAR. Gorgeous set of pics. Barb H

Beautiful picture of a beautiful sun rise. There certainly was quite a frost this morning.
Like Mary I had to watch it from inside while I lit my wood stove.

Very beautiful pictures.Thank you again for showing where mom (Diane Ronaldson)lives,we get to look at them and she shares stories of her walks with her doggie friends We so enjoy your blog

You have no idea how many times I have experienced *exactly* the same thing. I can see the start of a great sunrise or sunset on the horizon but my dogs become the slowest walkers ever :)

But, you got amazing and fantastic and fabulous photos anyway. Plus, you gave your sweet dog the highlight of her day. Smiles all around!